Baritone Brian Mulligan is equally renowned as an interpreter of classic works by Verdi, Wagner, and Strauss as of the most challenging 20th and 21st century operas. His striking stage portrayals have taken him to leading opera houses throughout Europe and North America. He makes regular appearances with the leading American orchestras and in recital.

Brian Mulligan begins the 2021-2022 season with his role debut as Wotan in Das Rheingold with the Wiener Symphoniker and Andrés Orozco-Estrada at the Bregenzer Festspiele. He then sings Créon in Enescu’s Oedipe for his house debut with Opéra National de Paris, in a new production by Wajdi Mouwad with Ingo Metzmacher conducting, and makes a house debut with Irish National Opera in Dublin as Don Pizzaro in Fidelio, with Fergus Sheil conducting. Mulligan begins the New Year in Beethoven’s Symphony No. 9 with Antonello Manacorda and the Munich Philharmonic. He then returns to Dutch National Opera for his role debut as Jochanaan in Ivo van Hove’s production of Salome, conducted by Lahav Shani. Mulligan will also make his role debut as Wotan in Die Walküre in a new production at Opernhaus Stuttgart, with Cornelius Meister conducting. He finishes his season with a return to Bregenz, as Sharpless in Andreas Homoki’s new production of Madama Butterfly with Enrique Mazzola conducting. In addition, early 2022 will see the release of Brian Mulligan’s third solo record, titled Alburnum. The disc will consist of songs and cycles from the 21st century, with pianist Timothy Long and music by Mason Bates, Missy Mazzoli, and Greg Spears. A voice that is rich, secure and really, really big

Mulligan recently sang Pizarro in a concert version of Fidelio with the Pittsburgh Symphony Orchestra, conducted by Manfred Honeck. Previously scheduled engagements included a return to Lyric Opera of Chicago for its presentation of Wagner’s Ring Cycle, in which he was to sing Wotan in Das Rheingold and Gunther in Götterdämmerung, as well as the title role of Schumann’s Szenen aus Goethes Faust at both Opéra national de Montpellier and Opera Vlaanderen, Pizarro at Washington National Theater, and Sharpless at Opernhaus Zürich.

In recent seasons, Brian Mulligan has made numerous role debuts, including Donner and Gunther in Francesca Zambello’s production of the Ring Cycle at San Francisco Opera, and both Sharpless in Madama Butterfly and Golaud in Pelléas et Mélisande at Dutch National Opera. He also created the role of Jack Torrance in the world premiere of The Shining, written by Paul Moravec and Mark Campbell, at Minnesota Opera. In addition, he returned to the Metropolitan Opera as Paolo in Simon Boccanegra, to Oper Frankfurt as Count di Luna in David Bösch’s new production Il trovatore, and to Opernhaus Zürich for numerous roles, including Valentin in Faust, Yeletsky in Robert Carsen’s production of The Queen of Spades, and Zurga in Les pêcheurs de Perles. Further highlights included the release on Bridge Records of his second solo CD, Old Fashioned, which features beloved songs of the early 20th century made popular by great American baritones of the past. 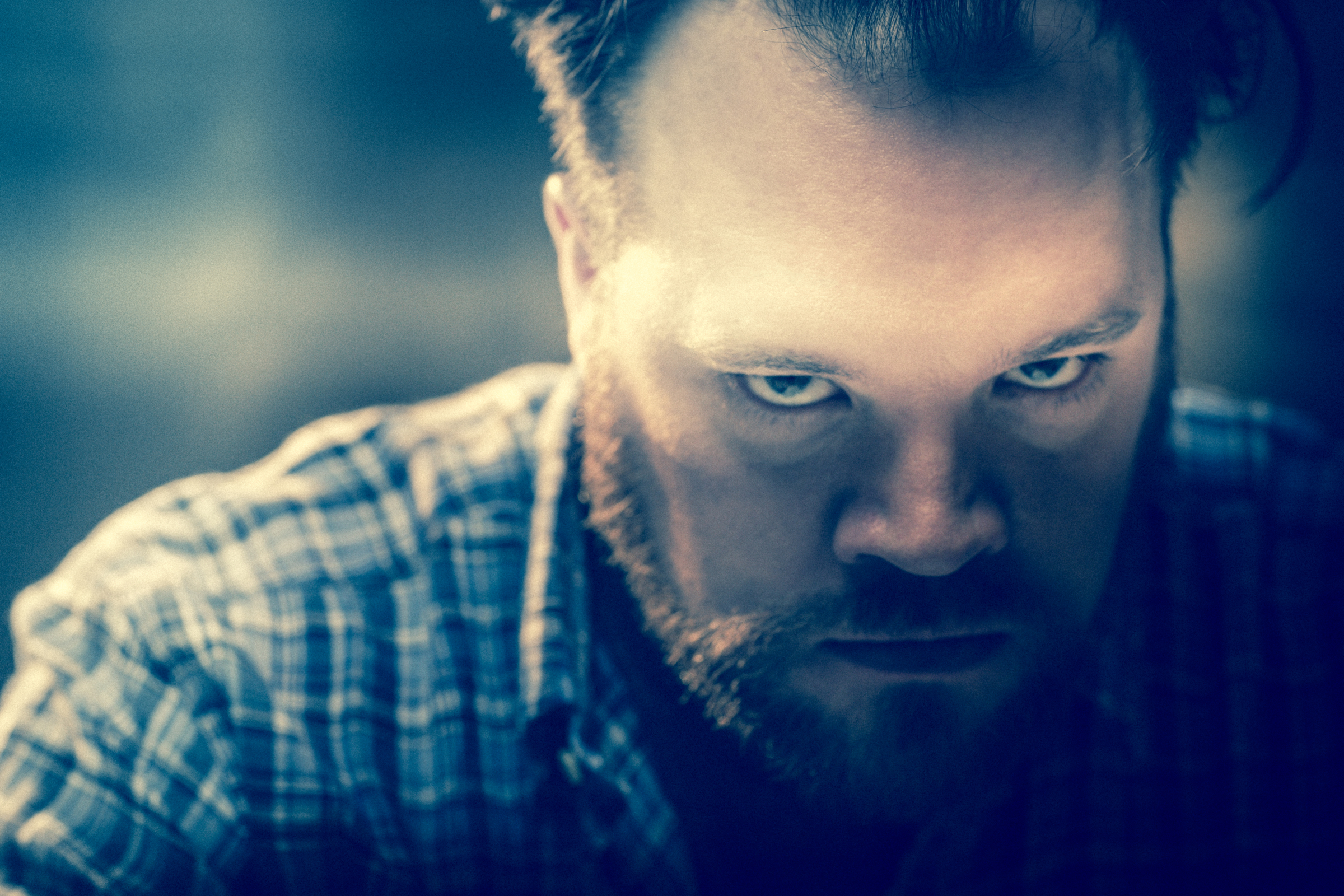 Mulligan has made numerous appearances at San Francisco Opera, where he has sung the title role in Sondheim’s Sweeney Todd; the title role in John Adams’ Nixon in China; Enrico in a new production of Lucia di Lammermoor; Count Anckarström in Un Ballo in Maschera; and Chorèbe in Sir David McVicar’s production of Les Troyens. Other roles there have included Albert in Werther, Sharpless, Valentin, Marcello, and the King’s Herald in Lohengrin.

Other career operatic highlights include his debut at the Metropolitan Opera while still a student at The Juilliard School in Die Frau ohne Schatten. Since then, he has made many celebrated debuts at the world’s leading opera houses, including Opernhaus Zürich (Yeletsky), Wiener Staatsoper (Captain Balstrode), Lyric Opera of Chicago (Enrico in Lucia di Lammermoor), Oper Frankfurt (Prospero in Adès’ The Tempest), Canadian Opera Company (Enrico), Houston Grand Opera (Marcello), and English National Opera (Sharpless). Other important roles have included the title role in Thomas’ Hamlet with Minnesota Opera, Valentin at the Metropolitan Opera, and Enrico in David Alden’s production of Lucia di Lammermoor at Canadian Opera Company, English National Opera, and Washington National Opera. He sang Prometheus in Walter Braunfels’ Die Vögel and Marcello at Los Angeles Opera; the Father in Hansel and Gretel with Lyric Opera of Chicago; Ford in Falstaff at Japan’s Saito Kinen Festival; Count Almaviva in Le nozze di Figaro at New York City Opera; the title role in John Adams’ The Death of Klinghoffer at Opera Theatre of St. Louis; and Tarquinius in Britten’s The Rape of Lucretia at Central City Opera.

The Financial Times of London

Career concert highlights include appearances Mahler’s Das klagende Lied, conducted by Michael Tilson Thomas; Mahler’s Symphony No. 8 with the Los Angeles Philharmonic, conducted by Gustavo Dudamel, in a performance recorded by Deutsche Grammophon and released on DVD; in the world premiere of James Primosch’s Songs for Adam with the Chicago Symphony Orchestra, conducted by Sir Andrew Davis; Orff’s Carmina Burana and Vaughan Williams’ A Sea Symphony with the Cleveland Orchestra; and a role debut as Amonasro in a semi-staged performance of Aida at the Aspen Music Festival, under the baton of Robert Spano. In addition, he has performed John Adsam’s The Wound Dresser with the Los Angeles Chamber Orchestra; of Ullman’s  Der Kaiser von Atlantis with Houston Grand Opera, Los Angeles Philharmonic, and the Ravinia Festival under the baton of James Conlon; Mendelssohn’s Paulus and Handel’s Messiah with the Houston Symphony; Titus in Magnard’s rarely performed Bérénice at Carnegie Hall with the American Symphony Orchestra; Mendelssohn’s Elijah and Mahler’s Das Knaben Wunderhorn with the Phoenix Symphony under Michael Christie; and Silvio in Pagliacci with the Auckland Philharmonic Orchestra in New Zealand.

A graduate of The Juilliard School, Brian Mulligan has been awarded a Richard Tucker Career Grant, a Sara Tucker Study Grant, the George London Award, and First Prize at the International Hans Gabor Belvedere Vocal Competition. He holds dual citizenship in the United States and Ireland.

October 2021 – for the most recent biography please contact Annette Kroll The Rape of Lucretia
Tarquinius